The formation of knowledge in today’s society begs the simple question of “how?” With the university a place of academic silos, the internet an unreliable news source and massive amounts of data produced by new technology, it’s unclear how these sources of information are to be evaluated, processed and assessed into knowledge.

This issue formed the basis of the inaugural conference of the Stevanovich Institute on the Formation of Knowledge. For four days beginning on Nov. 16, 40 thinkers from the University of Chicago and institutions around the world debated what knowledge is, how it came to be and what its role is today.

Prof. Shadi Bartsch-Zimmer, director of the Stevanovich Institute, welcomed the audience to an “un-conference” — a new kind of “mixing pot of ideas and challenges, free discussion and audience involvement” that would eschew the traditional trappings that characterize most academic conferences.

“In this experiment, the many disciplines that our speakers represent will rub up against each other,” said Bartsch-Zimmer, the Helen A. Regenstein Distinguished Service Professor in the Department of Classics. “We are interested in the friction that will arise from this, and in turn, in what that friction will generate.” 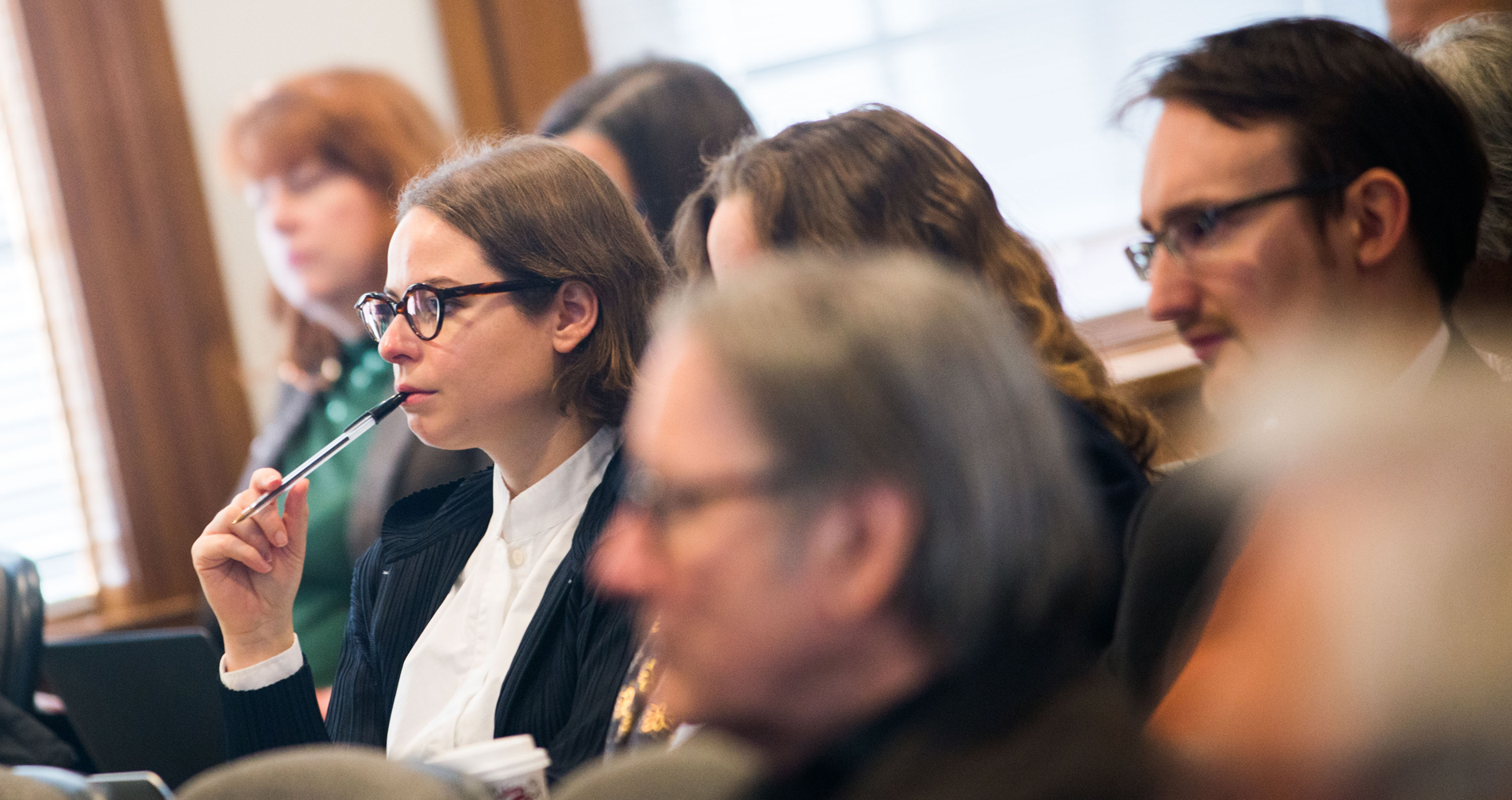 The institute was founded in 2015 with the support of Trustee Steven Stevanovich, in recognition of the idea that knowledge cannot just be placed in the traditional divisions of science, social science and humanities, but rather must be looked at beyond the boundaries of traditional disciplines.

For the conference, leading philosophers, scientists, historians, anthropologists, economists, psychologists and representatives from a wide range of fields spoke to an engaged audience from across Chicago. In particular, in the age of “fake news” and “alternative facts,” the conference instead looked at how society navigates the conscious and unconscious biases that lead to the formation of knowledge. Other topics included the production of indigenous knowledges, science and its social context, Darwin’s legacy, and the distortion of legal process by emotive responses.

The conference keynote was delivered by Steven Shapin, the Franklin L. Ford Research Professor of the History of Science at Harvard University, who explored the distinction between the founding of ideas within the arts and sciences.

“We say scientists discover things,” Shapin said. “We say, however, that artists invent, they compose, construct or make things. In ordinary speech, all genuine art is made up, and no genuine science is made up.”

Shapin showed how those distinctions and the “institutional sorting” of art and science are not always so clear cut. He citied Charles Darwin blending his theory of evolution through the artistic “construction” of his book, On the Origin of Species, among several examples. 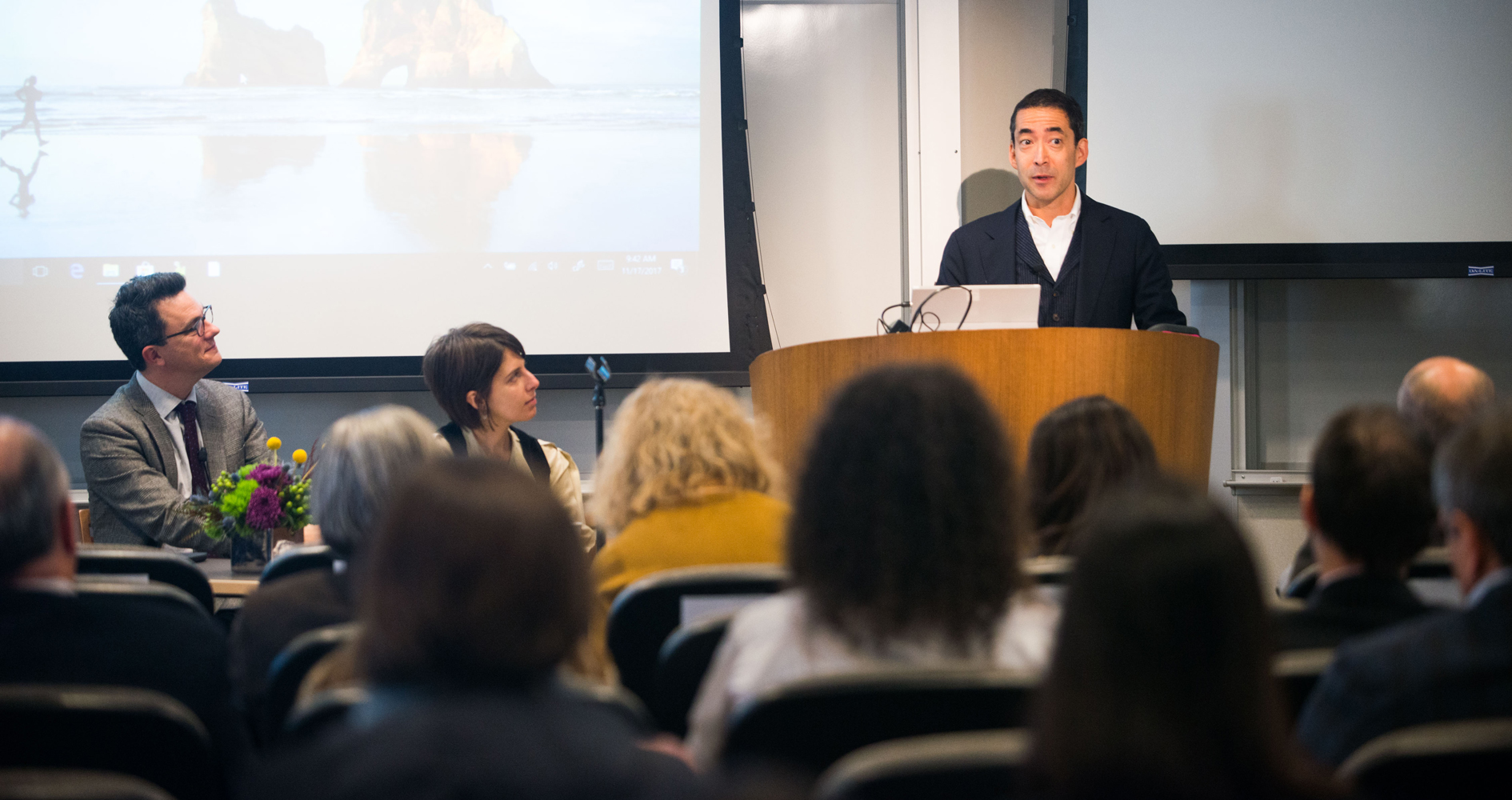 Prof. Clifford Ando, a member of the steering committee for the Stevanovich Institute, gives a presentation. (Photo by Jean Lachat)

Clifford Ando, the David B. and Clara E. Stern Professor of Classics at UChicago, participated in a debate along with Department of Political Science faculty members William Howell and Matthew Landauer, who compared democracy across the ages—from ancient Athens to contemporary America.

Ando, who is also a member of the steering committee for the Stevanovich Institute, said he was pleased with not only how his panel was received but the general reception of the audience toward the conference.

“The audience members got a chance to know the voice and personality of the speakers, and I got the sense people engaged with the faculty, students and postdocs that were presenting,” Ando said. “The audience emerged quite energized about this type of study.”

In addition to faculty visitors and contributions to graduate study, fellowships for faculty and graduate students, and pedagogy across divisions, the Stevanovich Institute publishes a journal on the formation of knowledge and will continue to host a conference every two years.

What abortion bans mean for patients, according to a health policy expert