The University of Chicago officially opened its renovated Physics Research Center, which boasts new labs to pursue research on the mysteries of the universe, including dark matter, high-energy cosmic rays and ghostly particles called neutrinos.

The former Laboratory for Astrophysics and Space Research, originally built with NASA funding in 1965, was expanded during the two-year project, with two floors added to house more than 140 researchers and students and 12 physics laboratories.

“The opening of the Physics Research Center is an important step forward for the Physical Sciences Division,” said Prof. Edward W. “Rocky” Kolb, dean of the Division of the Physical Sciences. “People make discoveries and advance science, not buildings. But the right environment helps foster a collaborative, interdisciplinary approach that’s essential to scientific breakthroughs.” 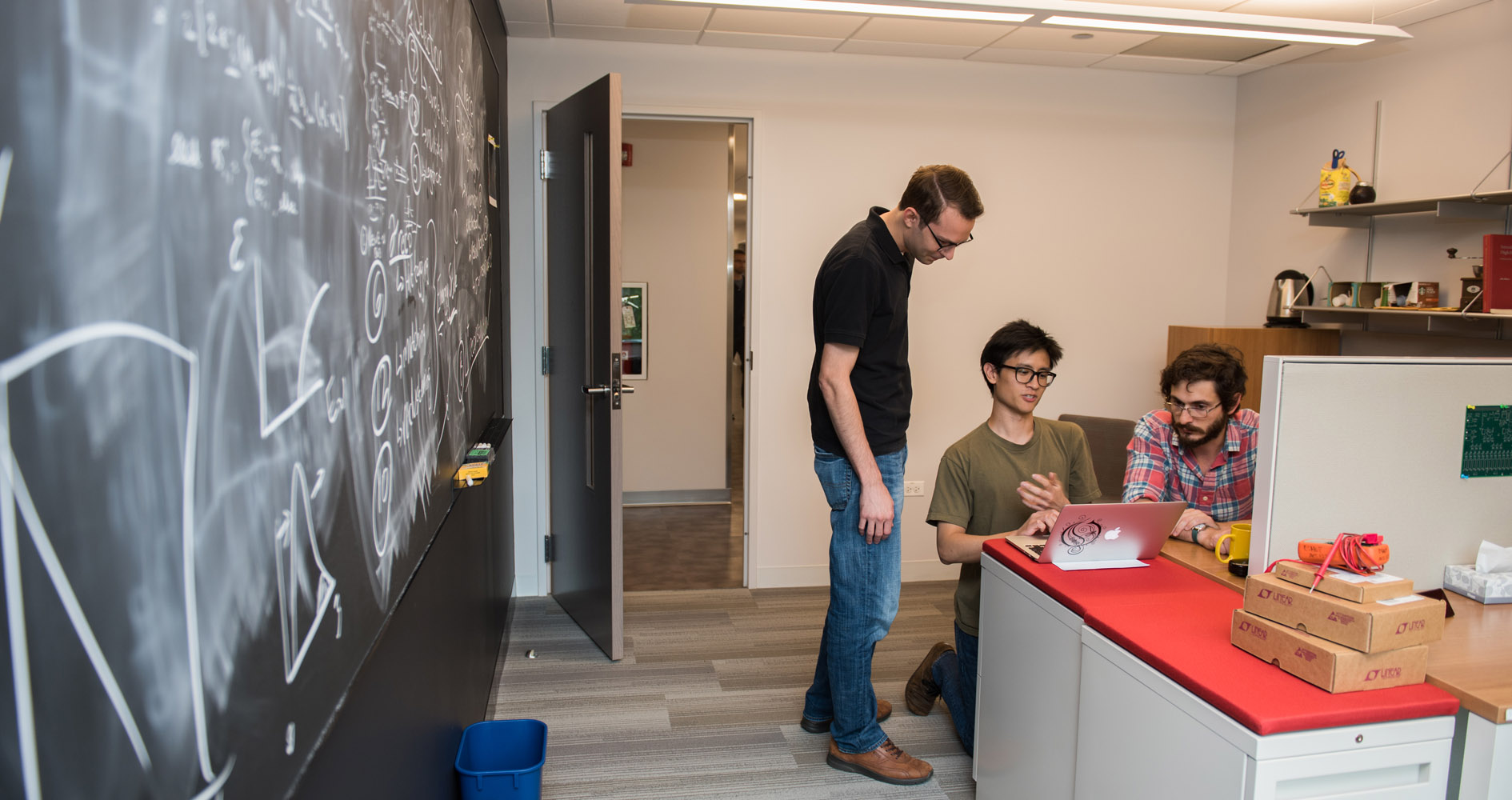 The Physics Research Center is home to the Enrico Fermi Institute, founded shortly after World War II to pursue experimental and theoretical research in high-energy particle physics, astrophysics, plasma physics and other fields; and the Kadanoff Center for Theoretical Physics, which brings together theorists across disciplines, from condensed matter physics to string theory and hydrodynamics, to accelerate inquiry into fundamental questions.

“This building is designed to foster interactions between groups, and to bring a large part of the physics faculty together,” said Young-Kee Kim, the Louis Block Distinguished Service Professor in Physics, the Enrico Fermi Institute and the College, who serves as chair of the Department of Physics.

The new center, designed by Perkins Eastman, includes new “collision spaces,” which are communal areas designed to foster interaction and spontaneous discussion among scientists. With solar shading devices and a layout intended to maximize daylight, the building is expected to receive LEED Gold certification later this year.

‘Because we’re all in this together’