Paul Sereno works with students, technicians and artists in his Fossil Lab to bring to life fossils unearthed from sites around the world. His field work began in the foothills of the Andes in Argentina, where he discovered the first dinosaurs to roam the Earth some 230 million years ago. Other expeditions have explored Africa’s Sahara, Asia’s Gobi Desert, India’s Thar Desert and remote valleys in Tibet.

Sereno helped discover Spinosaurus aegyptiacus, among the largest known carnivorous dinosaurs. His most recent discovery, a human burial site in the Sahara predating the Egyptian pyramids, provides a snapshot of life in a once “green” Sahara. 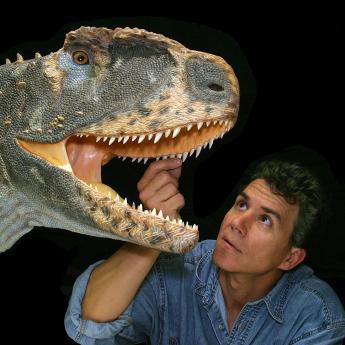 An Archaeological Riddle In the Sahara with Paul Sereno (Ep. 23)

A UChicago paleontologist puts aside dinosaur hunting when he discovers a never-before-seen ancient society. 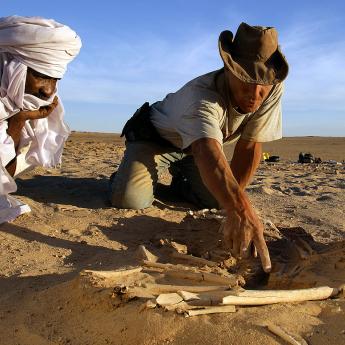 Paleontologist Paul Sereno Describes Work as 'Adventure with a Purpose'

What Killed the Dinosaurs Was More Devastating Than an Asteroid

The Brontosaurus Would Like to Know: What Is a Species, Really?