His previous two books, Behind the Mule: Race and Class in African-American Politics (1994) and Black Visions: The Roots of Contemporary African-American Political Ideologies (2001) won multiple awards, including Black Visions winning the prestigious Ralph Bunche Award from the American Political Science Association. Dawson's strong interest in the impact of the information technology revolution on society and politics, as well as his research on race are both fueled in part from his time spent as an activist while studying and working in Silicon Valley. Dawson is currently finishing an edited volume, Fragmented Rainbow, on race and civil society in the United States as well as a solo volume, Black Politics in the Early 21st Century.

Dawson has been interviewed extensively by the print and broadcast media including the Washington Post, The Economist Magazine, The Los Angeles Times, New York Times, Chicago Tribune, NPR, CNN, BET and ABC News. 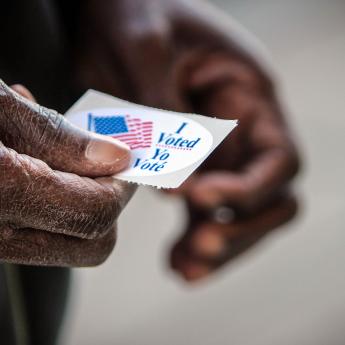 Black voters and activists were a dynamic force in 2020. What comes next?

Why did Bernie Sanders do better with black voters in the Midwest? We asked 4 experts.

Nov. 3-4 Chicago events to explore discrimination and inequities in the modern metropolis

"No One Treats African-Americans Worse Than We Treat Each Other"

We must eliminate discrimination

For Some, This Is Not a New Problem

The future of Black political power?