Joshua A. Frieman studies the nature of dark energy, the early universe, gravitational lensing, the large-scale structure of the universe, and supernovae as a measure of distance in the universe. He seeks to understand how and why the expansion of the universe is accelerating. Prof. Frieman is a co-founder and former director of the Dark Energy Survey, an international collaboration of more than 300 scientists from 25 institutions on three continents who investigate this phenomenon. The collaboration built a 570-megapixel camera for the Blanco Telescope at the Cerro Tololo Inter-American Observatory in Chile. 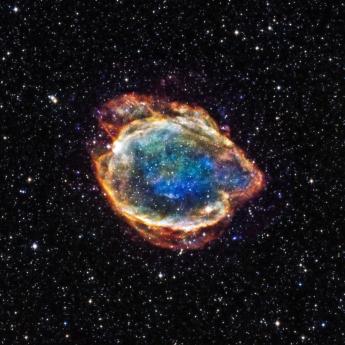 Research reinforces role of supernovae in clocking the universe