Craig Hogan’s research has spanned a wide range of cosmology, from theoretical studies of cosmic backgrounds and the early universe, to studies of large-scale baryon distribution and evolution, to planning and implementation of observational programs to measure cosmological parameters, element abundances and gravitational waves. He recently co-led an experimental effort, the Fermilab Holometer, to make direct laboratory measurements of quantum behavior of spacetime at the Planck scale. He is currently investigating observable effects of coherent quantum gravity in cosmology, including the value of the cosmological constant, as well as new kinds of quantum correlations of primordial curvature perturbations, which may be measured in symmetries of cosmic microwave background anisotropy and large-scale cosmic structure. Read his recent research.

Relativity versus quantum mechanics: the battle for the universe

Changing One of Nature’s Constants 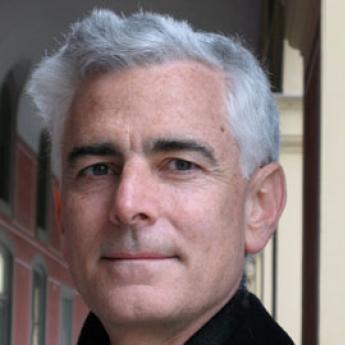