Mauricio Tenorio’s main scholarly interest is in the political and cultural histories of Mexico and Latin America of the 19th and 20th centuries. With specific focus on the cultural and social history of Mexican urbanism, particularly of Mexico City. In 2018, Mauricio Tenorio was recognized for his research on Latin American history with the Humboldt Research Award.

His most recent book, La paz. 1876, was published in 2018 by the Fondo de Cultura Económica. He is currently acting director of The Katz Center for Mexican Studies at UChicago, an affiliated faculty at the Center for Latin American Studies and an associate professor at the Centro de Investigación y Docencia Económicas in Mexico City.

Prof. Tenorio s also the author of I Speak of the City: Mexico City at the Turn of the Twentieth Century (2012), which looks at the decades between 1880 and 1930 when Mexico City emerged as a modern city and connects the realms of literature, architecture, music, popular language, art and public health to investigate the city in a variety of contexts. Written as a living history textbook, it as an expression of the Mexican state as a modernist capital and as a laboratory. 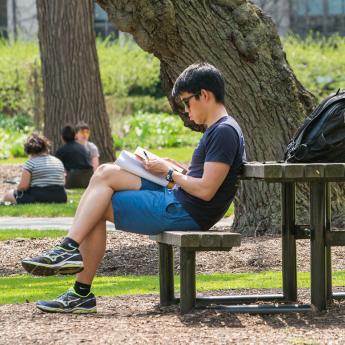 What you should be reading and listening to this summer