Yanilda María González studies the consequences of violence and inequality for state capacity, democratic citizenship, and the relationship between citizens and state institutions in the Latin American context.

González's book manuscript, Authoritarian Coercion by Democratic Means: The Paradox of Police Reform in Latin America, probes the persistence of violent, corrupt, and unaccountable police institutions, and the political and social drivers of institutional continuity and change. Throughout the region, police forces engage in widespread extrajudicial killings and torture that largely target marginalized sectors of society, including Afro-descendants, the poor, and those living in the urban periphery. At the same time, these groups are also underserved by their police, leaving them vulnerable to high rates of criminal violence. While these practices run counter to principles of democratic policing, these patterns of coercion have proven remarkably resistant to reform. Based on nearly two years of immersive qualitative field research in Argentina, Brazil, and Colombia, González demonstrates how these patterns are perpetuated by, and in turn reproduce, existing societal inequalities. 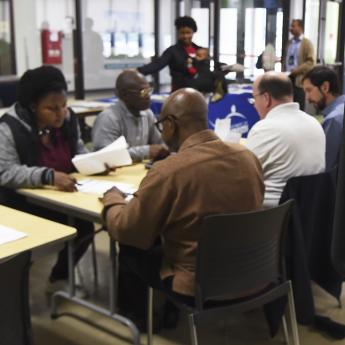